Animated videos work really well when it’s challenging for your organisation to show real footage. Sometimes real footage is too sensitive to be used in marketing content. Or you may find that you can’t show people in a video for privacy reasons.
Whatever the reason, animated videos work well when you want to explain a service or a product without showing it.

Animated Videos: why do they work so well?

Here’s a test: switch on your computer or telly and show your kids an animated video for 5 seconds. Then switch it off. What is going to happen? Yes, I think you get the point. It doesn’t change for adults. We love screens and motion on a screen. An engaging animation will hook the viewer and hold people’s attention. It’s hard to ignore because of its unique synergy of sound, motion and bright visuals.

As great as a concept may be, it’s often hard to explain your ideas or product in ‘just’ 2 minutes. A professional animation video enables you to make a complex concept simple to understand. Here’s an example we made for Bradken, a Perth based manufacturer of wear liners for the mining industry with a built-in monitoring system. Heh? Complex enough as a challenge, we thought. Well, watch the explainer video and it will become clear.

Thinking about having your own animated video produced? Call us today: 08 6311 2825 or send us an email. We look forward to meeting you.

We are Corporate Video and Animation producers in Perth, Western Australia. We work for small, medium and large organisations. To learn more about us, please read our values or check out the team. 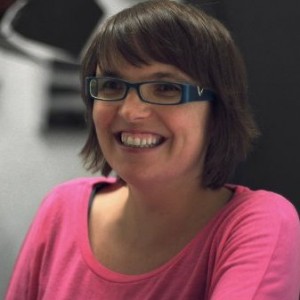 Creative Director at MultiMediaMakers
Director/Owner, Creative Director, MultiMedia Designer, Journalist and Producer, Els builds on 20 years in broadcast and online media to make the most of every pixel and every second of compelling content.